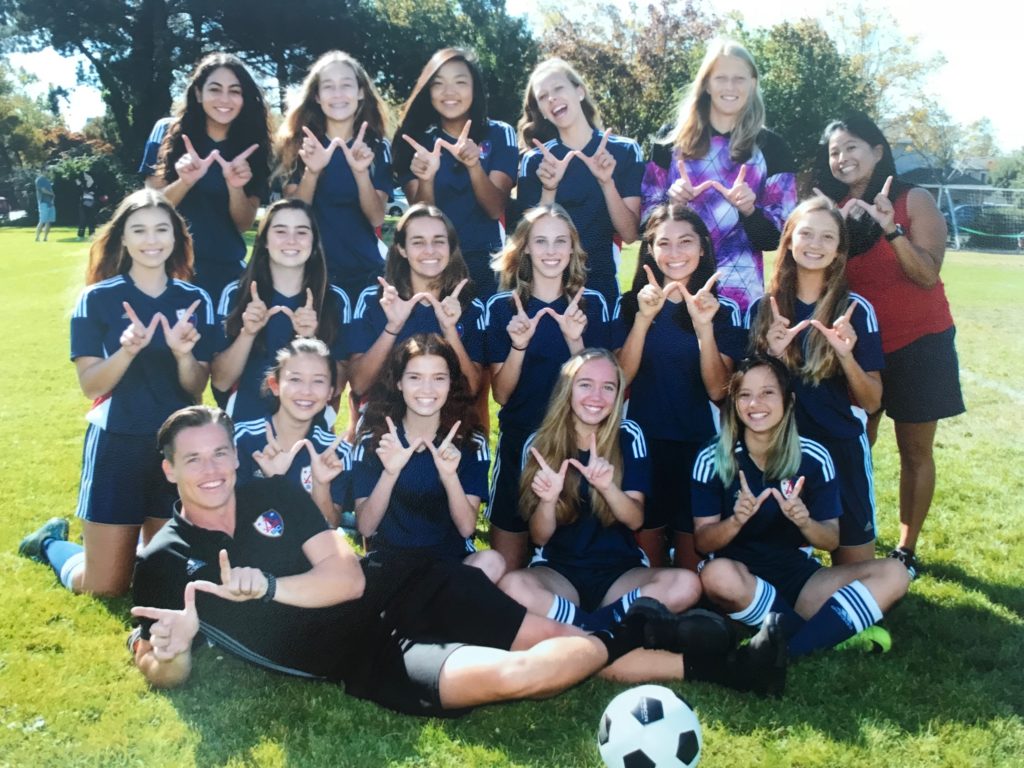 The Alameda Islanders 2001 Red U17 Girls team defeated Marin FC on Sunday by the score of 2-1 to win the Norcal Section 2/3/4 Gold League championship. Marin FC equalized early in the second half after Sydney Owyang put the Islanders ahead with a composed finesse shot from the edge of the penalty area. It wasn’t until late in the game that Juliene Grandy scored the decisive goal, putting in a rebound of Elle Kallsen’s free kick which rattled off the cross bar with three minutes to play. The Islanders finished League with a record of 7-1-1 with twenty-one goals scored to only five allowed.

With this title, this team represents the first Alameda Islanders club ever to win a league championship in the Gold division.

Team parent shared this video of the go ahead goal in the final minutes that secured the championship.